My Input with referring to articles of other authors (11th June 2015):
Contrarian investors should pay particular attention to the unusually low bullish reading in last week’s survey. There are about 160,000 AAII members. The typical member is a male, with a bachelor’s or graduate degree, and is in his mid-60s. The median portfolio size of members is just over $1 million.That makes the AAII Sentiment Survey a good proxy for the mood of the typical affluent retail investor.

Put simply, retail investors, as a group, tend to be very bad at timing the stock market. For instance, the highest level of bullish sentiment ever was 75%. This record was set on January 6, 2000 – just months before the dot-com crash. 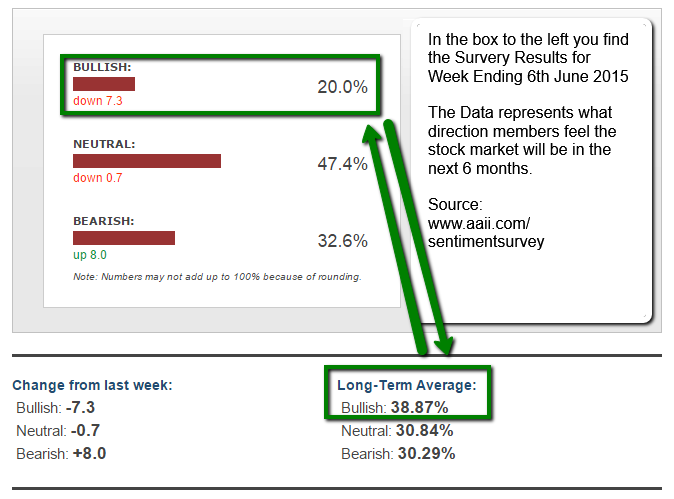 This means bullish readings between 28% and 49% are within the normal range of the historical results.
> Anything below 28% or above 49% is extreme.