Valuations of EM equities are currently more attractive than they generally have been in the last two to three decades. Looking back at the last 10 years, the average price-earnings ratio for these assets was around 10-11.

In the last 25 years, the PE-ratio in the EM-space has only fallen below 10 on six occasions and in each of these cases robust price increases cumulating well over 100% were registered in the subsequent five years.

Analysis by JPMorgan Asset Management shows that the benchmark MSCI EM index was trading on a price/book ratio of 1.28 as ...

♦ China became the world’s largest online retail market in 2013, when total sales reached $307 billion.
♦ By 2018, China’s ecommerce market is expected to be worth 871 billion euros.
♦ 871 billion euros will relate to an incredible 40% of the global eCommerce market.
♦ By 2020, it is predicted, that 70 % of Chinese internet users (891 million people) will shop online.
♦ Last year, Research firm Forrester estimated that total online retail sales are expected to reach $1 trillion by 2019.

Here you can find some chinese company-names, which managed to get some of that ...

There was a time, not so long ago, when it seemed the rugged promise of the globe’s economic frontier could be summed up with a simple acronym: BRIC.

To investors and corporate prospectors alike, Brazil, Russia, India, and China were like Gold Rush towns high in the hills. But now, there might be the Lucky 7 here:

Emerging Markets are currently trading at a much lower Price-Earnings-Ratio than the developed markets. As per June 2015 the Price-Book-Ratio is ca. 1.6 versus 2.3 in the other World-Indices (according to figures stated in the Austrian magazine "GEWINN" June-edition, 2015).

One of the main drivers of growth in the EM-Region ist the rising proporting of the Middle-Class. In the following chart it can be seen that this evolution made a significant step forward already in the year 2008:

Chart was created with the ...

It remains most important to keep the idea of worldwide diversification in mind, as global growth remains most of the time positive yoy (see Figure 1):

Too often one can see that private investors are concentrating their investments in one region, sometimes ... In April 2015, "private-investment.at" looked at the DJT-Index and remarked, that is was of utmost importance to follow the Index and its fight with the SMA50-line (weekly). The Index lost, broke through and found an intermediate bottom some weeks ago:

A bullish ‘golden cross’ chart pattern has appeared in the Dow Jones Industrial Average, and this one may have a better shot of working out for investors than the one that failed just four months ago. 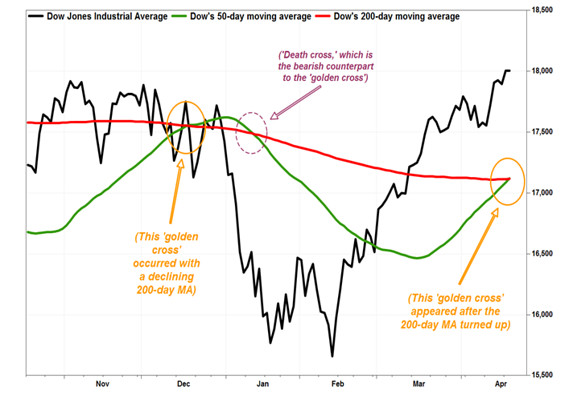 Although we tend to think of the 1950’s as "Happy Days" made up of greasers and hot rods, the "Fifties" were not all peaceful and roses. The 1950’s began with the "Cold War" between the United States and the Soviet Union...

...as clashes between communism and capitalism ...

The famous Dow Jones (DJIA/Dow Jones Industrial Average) has been buidling up momentum lately (again), since the widely known Index broke its 200-Day Simple Moving Average (but also the Exponential Moving Average and the WMA):

Investors in European stocks are fearful - since the Brexit-voting will take place on the 23rd June 2016 with unknown consequences.

Developed in the 18th century in Japan to trade rice, Renko charting is a trend following technique. Lateron Renko-Charts were found useful in trading any other financial instrument, like stocks for instance.

Investor appetite for emerging-market bonds has pushed buying in debt-oriented funds tied to those regions to records. Net inflows to funds that buy EM-bonds reached an all-time high in the week through 20th July.

Roughly USD 14 billion has poured into ...

read more
ATX (Back in the game?)

Let's hope, the volume is coming back in the next few weeks and the Volume-pulling (see red bricks on the left) levels between 2,070 and 2,120 are giving Support - if EVER-NEEDED? Let'see (Reminder: US-Election on 8th Nov. '16)

The Financial Select Sector SPDR Fund tracks an index of S&P 500 financial stocks, weighted by market cap. XLF offers liquid exposure to the heavyweights in the US Financials segment. Check out the breakout this month:

Data presented in the chart below begins in 1949 with the first full presidential term following WWII to focus on the modern era. First looking at just the historical performance of the DJIA under Democratic and Republican Presidents...

read more
5 years NASDAQ vs. DAX vs. MDAX vs. ATX

One should compare apples with apples, but this is pretty hard. Just remember that each of the Indices is in local currencies. Examples: Nasdaq-stocks in USD, DAX in Euro, etc.

Still, here are the last years in retrospect
(MDAX vs. NASDAQ-Comp.)

We could wait and see if that level will also be defended as per month close of Jan. 2017. Furthermore the technological-oriented "sister" NASDAQ 100 (Tech-Index) also surpassed a psychological level: 5,000!

Always remember: Keep the market as stupid and simple as it can be...Developed by Mel Widner and originally described in the July 1997 issue of Technical Analysis of Stocks and Commodities magazine, the Rainbow Charts indicator is a trend-following one. The ...

UNTIL Oct. 2016 the US-stock market has been marked by declining trading volumes in the last years. The trading volumes story is a somewhat complex. Some argued that it was a sign of "low confirmation," meaning investors didn't...

All cylinders firing at the same time? (cylinders being here ALL the big sectors of the economy); Definition: The S&P 500 stands for the Standard and Poor's 500. It is a stock market index that tracks the 500 most widely held...

US-Market and Non-US (Rest of World)

US-Markets had their final hooray in the tailwind-environment of Mr. Trump (election-month November 2016). Maybe it's time for the Rest of the world to start their Stock-Market Gains? sustainable Gains?

Sill, the S&P 500 relies highly on the domestic economy (being the United States). But recheck the IT-Sector, but also the companies from the Industrial Sector, which have a relevant portion of their sales abroad.

The ongoing global recovery is especially ...

A bullish signal in U.S. stocks is being issued by an indicator that few investors ever focus on: the Dow Jones Utility Average. That's because this benchmark which was created 88 years ago, in 1929, is thought to be a leading indicator...

If there is a trend and the Index and its components are gaining momentum then "everything is possible". Remember the crazy Momentum in the final years of the 90s (last century):

In the following period, including the Financial Crisis Breakdown in the ...

The broad US-Stock Market (S&P 500) is currently at an interesting level near 2,400 points. Furthermore also two weekly Moving Averages are crossing this level soon > relevant decision may be upcoming...

In following chart one can clearly see, that an ...

The "EM-Index" captures large and mid cap representation across 24 Emerging Markets (EM) countries*. With 845 constituents (as per July 2017), the index covers approximately 85% of the free float-adjusted market capitalization in each country.

The following chart requires little explanation. Reminder: So far the 21st Century has not been especially kind to equity investors (in real terms!). Yes, markets do bounce back, but often in time frames that defy optimistic...

Over the previous two weeks the Dow Industrials has been diverging from most other Indices and particularly the Dow Transports. An important part of the divergence has been the relative narrowness of the rally in the Dow.

Stocks can fall faster and further than junk bonds, but they also offer the possibility of significant capital appreciation in the long term - here a comparison between the broad US-Stock Market & HY-Bonds (S&P 500 vs. Corp. High Yield Fund / "HY-Bonds").

Value Investing Having Its Worst Run Since The Financial Crisis
Status: Aug/Sep. 2017

Over the past decade, the performance of U.S. growth stocks has been almost three times better (!) than that of value stocks. Index fund giant State Street Global Advisors calls it "the longest...

This week will mark the 30th anniversary of the market crash of 1987, better known as Black Monday. On 19th Oct. of that year, financial markets around the world plunged into chaos. The Dow Jones industrial average plummeted 22.6 %,...

Developed more than 115 years ago, "Dow Theory" - created in part by Charles Dow, the founder of the Wall Street Journal - is considered the oldest stock market indicator that's still followed by a broad swath of the investing public.

This index is great at providing insight into the current condition of the U.S. stock market: the Value Line Geometric Index (XVG). This index tracks the median move of stocks within the index using the assumption that each stock has an equal...

According to Bill Gross, a famous long-term bond investor, yields are likely to climb to at least 2.7 percent by year-end 2018. The driving forces include global economic growth, the U.S. Federal Reserve raising its benchmark rate and...

Upfront: Some days ago the Dow Jones Industrial-Average Index-level reached a level, which was in distance of 3 standard deviations from its 200-Day Moving Average (SMA-200). Then, suddenly the Index...

The US-Stock Market showed a neat Intraday-Turnaround at the end of the trading-week. Therefore a positive sign was given within the last hours of friday's trading day - a signal which could lead to a positive trading week starting next Monday (?):

Short reminder: from May to October 2011, the Standard & Poor's 500 Index fell 21.6 percent. Upfront: One may argue that the best starting date of a new bull market is when the prior bull-market highs are eclipsed. That is how how one gets a date like...

Recheck the EMAs I applied in the chart above. They could serve as support levels in the upcoming quarters - if needed. We will have to wait and see. For the moment/what is left to say: "THE TREND IS OUR FRIEND"

The media is so crazy about he rich Stocks-investors getting richer. From the year 2000 until 2013 mostly the Broker were becoming richer by collecting transactions fees from nervous investors.

Therfore one should never forget >> "Investing is ...

Warren Buffet and his
"easy decades"

Upfront: Some days ago the S&P 500 reached a psychological level, which was near to its 200-Day Moving Average (SMA-200). So currently the "Mean" of that moving average is not far away:

The S&P 500 is still on "some" fire. Since Mid-December 2019 the three indicators "Market Momentum, Stock Price Strength & Stock Price Breadth" are on fire (see CNN Fear&Greed-Index, all 3 indicators on fire "Extreme Greed")!

The Covid-19 crisis accelerated the short-term and medium-term push towards Cloud-computing. It can be seen immediately when spotting the Bessemer Venture Partners "Cloud Index" (timeframe: 16th March until 15th June):

Let's recheck how the Stock Market did in the high-Inflation era (mainly) of the 70s. To begin with, the historical data provided by portfoliovisualizer showed an average inflation number of ca. 9.2% from the years...

Many might be surprised to learn, however, that since about 1800, stocks have consistently returned an average of 6.5 to 7.0 percent per year (after inflation). In 2001, the market capitalization of...