The average gain and the frequency of success is the strongest of the year. That being said, one must wonder that given the stellar return recorded in March 2016, will results for April be altered as stocks become exhausted. Since 1950, there have been 6 instances where March has recorded a gain greater than 5%.

The strong result in March was followed by an average return in April of 1.1%, which was heavily skewed by the 9.4% return recorded in April 2009 following the sizable loss realized in the first quarter. This highlights a fairly important point. April 2009 was coming off of a substantial low in equity prices in the month that preceded it, allowing for the continuation of gains. Along with the return of 8.5% in March of 2009, there has been only one other March in the past 50 years that has seen a gain greater than 6%, similar to this year. March of 2000 saw a return of 9.7%; the month that followed saw a give-back of 3.1% as the benchmark began a substantial topping process.

So, if you are still positive on April 2016, check out this great momentum overview/split by sectors (1st April 2016): 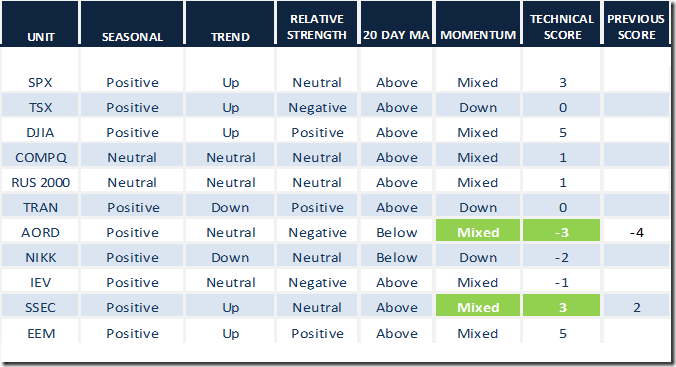